Evel Knievel and the World of Assistive Technology

When I was a child, I had a love for Evel Knievel. Evel wasn't just a daredevil, he was The Daredevil.

He jumped 40 ft. of rattlesnakes, 13-19 cars (including all of the numbers in between so he jumped 13 cars then 14 cars, 15 cars, and so on), 13 Pepsi trucks, 12 Stegmaier Beer trucks, and a bunch of other stuff all listed at http://en.wikipedia.org/wiki/List_of_Evel_Knievel_career_jumps.

Yes, I loved Evel Knievel. It wasn't the same level of adoration I had for Batman, but it was pretty high. If you are a person of a certain age, you know exactly who I am talking about. If you're not, check out this video

I know. Cool right? Maybe a little foolish, but cool. The fact that the jump was not successful does not matter. What matters is  that he did something so cool, that looked SO COOL, So for my fellow young daredevils who also saw this back in 1974, we all knew exactly how to accomplish this feat. You need things. Supplies. Tools.

List of Things Necessary to Jump the Snake River Canyon:

1. Evel Knievel suit. This was indeed a must for any child wanting to achieve such greatness and badassery. Both the helmet AND gloves AND cape (yes. . . cape) were necessary. Without those, failure was imminent.

2. Evel Knievel rocket sled. Without this, you could not elevate yourself to the proper level of awesome to even attempt such a feat.

If you had these things, you most certainly could jump anything and everything. If your goal was not to jump the Snake River Canyon, you could settle for Evel Knievel's motorcycle which would also allow you to be more awesome and magical than mere mortals.

Of course, all of that is not true. I was fortunate enough to not break as many bones as Mr. Knievel learning that. Still, the thought is the important thing-- if I have the stuff Evel has, I can do what Evel can. I know. That makes absolutely no sense at all to me as a rational adult. But still, it's what I and so many other kids believed.

So what does this have to do with assistive technology?

Well, lots actually. A lot of people are quick to get a piece of AT without really considering what they need or what devices can do. They have an idea of what they might need or even do need and then. . . they see Evel Knievel.

Let's look at an example of the new Evel Knievel in action.

Now, let's really look at it. Suppose I have fine motor problems. Would that device actually help? What if I'm visually impaired? What if I have depth perception issues? Suppose I can't use a keyboard or a mouse? This obviously gives me a means to control the computer without having to use those, right? Again, the question arises of how can I access the computer using motions? Now, talking this through is good. The problem becomes when people take the "Shut up and take my money" approach. If you're looking at these things as possible tools, possible solutions, you really have to think it through. How are you going to use/implement it? Watch the video again. All of the movements the "model" is making are very controlled and deliberate. That shouldn't be ignored. How does the system handle less controlled movement? Before I buy the system, I should know those answers if I'm going to  use the device as an alternative computer interface, right?

It is cool, but indeed, it's just another tool. Before we go looking for tools, we really do need to have a good understanding of what we want and why we want it. There's this little thing called the SETT (Student Environment Task Tool. You can get more info on SETT from http://www.joyzabala.com/Home.php) framework which can really help. Another approach that's "SETT-ish" is feature matching. When I feature match, I take a look at what I need and then I look for things that will have features that match my needs. The important thing is that I don't start with the thing and then try to find needs to match those features.

The best example of this is shopping for a car. Most people looking for a car consider all of the different things they will need a car for. I need space to haul equipment and my kids. Sometimes it's at the same time, sometimes it's different. So I need to be able to fit both comfortably. I also drive long distances for work and just because I like to get out so good gas mileage is important too. I'm also tall and leggy, so I need a car with good leg room. So when I look for a car, I'll take all of those things into consideration.

While  a SMART car might get good gas mileage,

it's not going to meet my needs when it comes to leg room, passengers, and storage.

Neither will a Ferrari Enzo, 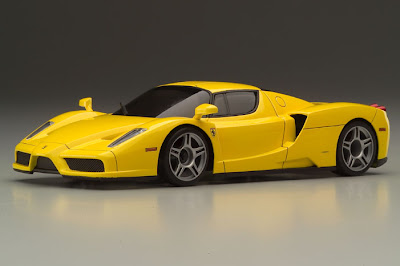 but I would look really cool in it, I would turn a lot of heads, and my son would finally want to be seen in the car with me.

My personal preference for the Millennium Falcon would also be way cool, but seeing's how I don't live that far in the future, I have to let it go even though it would meet all of my needs. 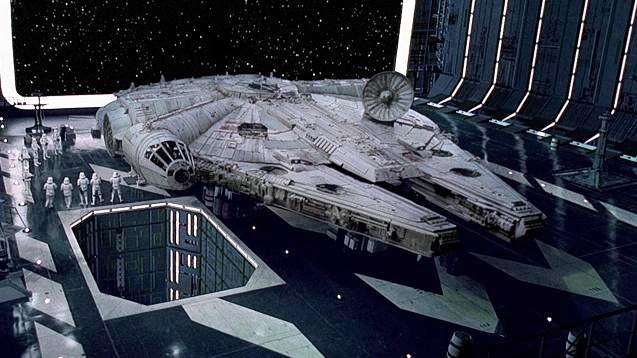 Back to reality, I might consider an SUV, but the gas mileage on those isn't as good as some other options.

So maybe I would look at a station wagon or a minivan. Both would allow me good legroom, the ability to get my kids around, and the ability to haul lots of AT. My decision might come down to gas mileage and cost. In trying to figure out what's going to best meet my transportation needs, I'm feature matching, so my choice will be the most useful thing for me.

I know, I know. "But Marvin, you're talking about cars, not AT."

It's all the same thing.

When I'm helping someone find the best AT for their needs, I'm doing the same thing. I try to get people to look past the form and see the function and to compare that to their needs. If you do that, you're less likely to buy something that is ultimately less useful than you originally intended.

When that's how you're approaching AT, you're operating less like this guy

or even this guy

If I have to choose between cool and function, I won't.