So as a quick recap of the series so far, in Part 1, we talked about the importance of discussing AT with your doctor. In Part 2, we talked about getting an AT evaluation by a therapist; and Part 3 was about choosing your particular equipment with a vendor. So that was it right? I mean what else is there after you get the equipment? Wait, what do you mean it was denied? But you need it? Isn't it obvious? What's not to get? You need your AT and they denied it! But who could be so . . . so cruel?

Well, just when you thought it was safe to get back in the water, I'm here to talk to you about funding your AT.

Often times when people try to get AT, they get denied for many reasons. The problem is most people don't ever ask that very important question, "Why?" Instead, they figure that the equipment was denied and that they should abandon all hope of getting anything from their funding source. Unfortunately, we often fill in the reasons. Maybe we were told that a certain funding source never covers what we're asking for. Maybe it's because we got something different last year? Maybe it was the wrong color? Wrong type? Wrong manufacturer? It could be anything. We don't know until we ask, and you not only can but should ask.

First, let's start with a little terminology. When I speak of funding, I'm talking about the resources for purchasing your AT. That can be private insurance (Blue Cross, Humana, United Healthcare, Tricare, Aetna, and many, many others), public insurance (Medicare which is run by the federal government or Medicaid which is run by the state), private pay (money from your or some other individual or non-insurance group), or any combination of those three. So you could have Medicare, Medicaid, private insurance, AND still need to private pay for some of your care. Whatever your funding source is you need to understand your rights and obligations and those of your insurer. Also, it's important to determine who is the primary payer. That's the first payer responsible to pay for stuff. Usually, the primary funding source is the first funding source you have. A little confusing? Well, let's consider Bob. He's got Medicare, Medicaid, and private insurance. First, he had Medicaid and then he purchased a small supplemental private policy through AARP when he was 60. When he hit 65, he was eligible for Medicare. Because of the order of his having insurance, Medicaid is his primary funding source followed by his private insurance and then Medicare.

Second, each funding source has its own guidelines for requesting "stuff." That stuff can be a procedure, therapy, or AT. Are there certain forms that must be completed by certain individuals? Do you have to have forms completed and submitted with an accompanying doctor's prescription? Here is where things usually get complicated or at least difficult. You need to find out just what your funding source's "secret handshake" is in order for you to get your stuff. The good news is you can usually easily find out just what these requirements are. Typically they aren't considered hidden or state secrets kept next to the Kennedy Files. Usually, they're stated in black and white in your own policy or the procedural guidelines for the funding source. So that's the good news. The bad news is that you have to go find this out, especially if neither your therapist nor the equipment vendor has worked with your funding source previously. Still, for your own knowledge, it's best to know what the requirements are for you to get equipment paid for by your insurance. Make sure that you contact your insurance company for this, and when you do, make sure you have your policy number so that they can get you the information specific to your policy. 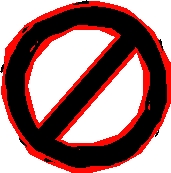 Third, if your request is denied, appeal, appeal, appeal! Most every funding source has an appeal process. Get to know it, make friends with it. Have it over for buttered scones and tea. Typically, when a claim is denied, it's denied for a reason. Perhaps there wasn't enough information about the prognosis given. Perhaps it's an insufficient justification of the equipment. Perhaps not enough equipment was tried. The only way to know is to check the letter of denial. Yep, folks, verbal denials don't cut it. You need a letter of denial. See, it's in that letter that you'll see exactly why you can't pass Go and collect $200 your request was denied. The problem with appealing denied requests is that the appeals process can take a lot of time. You just have to hang in there and not give up. It's only through persistence that you can win the day.

I do sincerely hope this has been helpful for you. Please feel free to post any questions you may have and I'll try to answer them as best and completely as possible.
Posted by temp at 4:48 PM